Thank you for wanting to promote your business on Localist!

Thank you for wanting to keep your profile up to date!

If you have forgotten your password, key in your email address and we’ll send you a link to reset your password

If you cannot remember the email you used to create this account, call us on 0800 777 987 or email [email protected]

An email has been sent to reset your password. Please check your mailbox and follow the instruction. If you don’t see an email in your inbox, please check your spam folder.

If you cannot remember the email you used to create this account, call us on 0800 777 987 or email [email protected]

A key element included through not just the outlet’s name but its décor is the legend of the zookeeper’s son and his incredible feat.

The tale behind this hero may seem far-fetched to some but it’s most definitely true. When the Royal Oak zoo was at its height it housed lions, tigers, panthers, hyenas, monkeys, flamingos and other exotic animals.

Unfortunately one day a lion escaped and ran down busy Queenstown Road. It was eventually captured by the zookeeper’s son who became something of a celebrity at the time. The zoo was forced to close after the incident and its inhabitants were gifted to the newly established Auckland Zoo at Western Springs in 1922.

Now, 99 years later, the tale has been brought back to life through The Zookeeper’s Son which offers a great range of dining experiences for all tastes and ages.

Among the menu items its modern take on the traditional family roast. Roast meats are brought to the table on a large carving board for guests to carve themselves. They’re large enough for two people as a hearty main meal or for four people to share as a smaller sized main.

“Our menus offer a huge range of choices for groups of families and friends to enjoy in a smart, contemporary, yet relaxed pub environment. We have brunch, lunch and dinner menus seven days a week as well as purpose-designed kid’s menus which double as a colouring activity. Our beverage list is extensive with premium New Zealand and Australian wines through to refreshing beer including Heineken, Tiger, Erdinger, Murphy’s Stout, Amstel Light, Tui, Tui Blond, Export 33, Export Gold and the Monteith’s range including Monteith’s Crushed Apple Cider on tap.”

Head to our website at www.zookeepersson.co.nz, click on the menu tab to view our full menu and our range of beers, wines and sprits. Also check out what's on at The Zoo Keepers Son.

Get directions
Is this your business?Claimed Listing

Great place to while away a leisurely lunch, sipping on bubbles with great friends!

This is my local watering hole, just a 5 min walk from my house. Still my favourite discovery in my neighbourhood. Always have an excellent menu and I hear they have just changed it! Would love to try out the new one :) Staff are always always friendly and helpful, and the atmosphere is amazing - colourful couches outside under warm heaters, pool, great music or coverband, AND amazing restaurant. What more could I want from my local? #shoutme

I love the music they play, the Trafalgar pizza, their chicken breast with garlic mash potatoes and their hospitality. Awesome staff!

Good selection of rap beer and a great place to watch a game with ample big screens, definitely not what you'd expect in Royal Oak.

Awesome local bar in the burbs. Great live music on a friday night to dance the night away

Packed full of people but great atmosphere. Love how the dinning room is separate from the main bar, nice to eat without people standing over you. 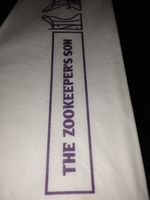 Would normally bypass Royal Oak as a spot for spending the evening, but the Zoo Keeper's Son is a funky addition to the suburb. Great venue, cool decor, friendly staff, overall top marks!